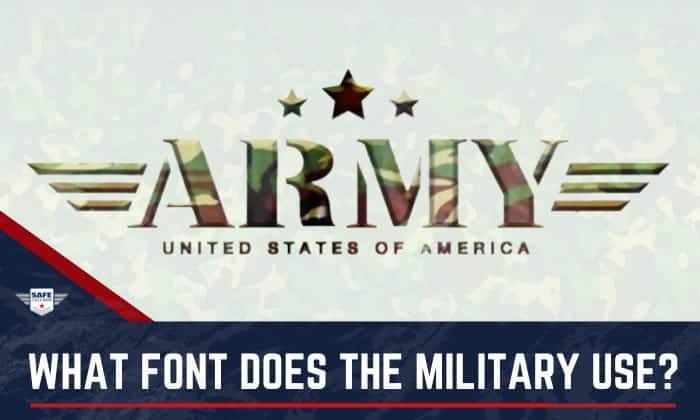 It is common for every big establishment to have a unique brand, such as logos and fonts that symbolizes them. In this case, the military has specific tactical fonts for its main branches.

What font does the military use? The most commonly-used computer fonts should be Courier, Time New Roman, and Arial.

Most of the time, the military uses bold, black and stencil-style fonts. There are also so many designs that set them off from other organizations, including camouflage and army green colors.

To know more about military fonts and their uses, read below.

Paperwork Fonts in the Military 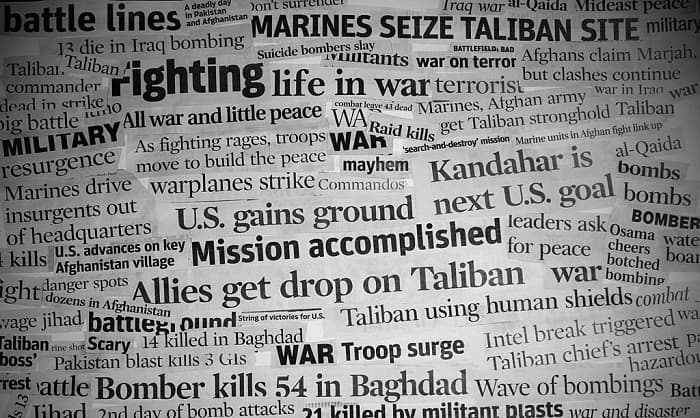 It is essential that when you prepare a proposal or paperwork for someone or something, it must be formal and readable. Fonts don’t just convey messages to others. It also symbolizes who sent them and their purposes.

The most common military-style font in Word documents are Arial, Times New Roman, Helvetica, Courier, and more. Each of these fonts is used by different military agencies when it comes to formal letters or urgent requests.

In earlier times, writing for documents in the military did not necessarily have a specific type of military lettering font. We all know that documents are usually handwritten or typewritten before.

Writers made sure that the inks they use are not too dark and that blots in the papers they used.

Moreover, nowadays, offices use computers to type important paperwork to be sent immediately. Some emails are much more efficient in sending messages across the world.

Besides documents, the military uses specific military type fonts to put identifications in their equipment. Military lettering should be visible, especially at great distances.

The military text font should be colored black, big, and bold to be seen from afar. Additionally, the armed forces also use stencil sets to label their equipment.

Fonts Used in the Different Branches of the Military 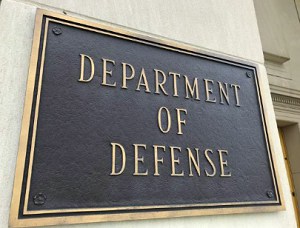 For publishing guidelines, important newsletters, and other documents, the U.S. Department of Defense has publications about their particular rules regarding its fonts and formats.

These font styles are presently used in the Department of Defense logo, illustrations, graphics, and color combinations. 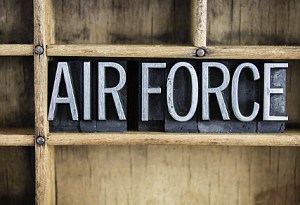 If you notice the Air Force logo, you’ll see that they used the font Bold-Extended Berthold Akzidenz in the word United States AIR FORCE. Akzidenz Grotesk Font, a sans-serif typeface font, was released in early 1898.

There are several variations of the font styles, including bold, extended, light condensed, and extra light extended, among others.

Since then, this font has been used widely in Swiss-Inspired Designs for Posters and other infographics, US Air Force Gifts and Accessories, transportation, and the Air Force logo.

In addition, provided the Akzidenz Grotesk font is inaccessible, the Arial Bold Black font is a well-known alternative. 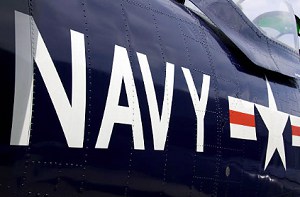 In the Navy, they have 5 different fonts, and each of the fonts represents their identity.

Roboto font is mainly used in the Navy, which has different types from light, thin, regular, bold, italic, and many more.

Roboto fonts are the Navy’s top choice because they give a formal and clear look. However, regarding more intricate designs, the fonts Source Sans Pro and Merriweather are coupled with Roboto font. 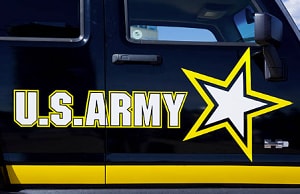 The US Army is known to use the ITC Machine Medium font. This typeface is a classic font. It looks good and timeless to use as an Army lettering font.

ITC Machine is a Sans Serif font in medium or bold type. It was popular and widely used across any platform when it was released in 1970. It has been used as a US Army logo font since then.

Moreover, it depends on what document or papers the Army uses the font for. There is an available Army font generator and U.S. Army brand font download sites on the internet where you can find a lot of fonts that are ideal for whatever business or platform you want to use.

The old font inspired the Univers typeface, Akzidenz-Grotesk released in the early 1898s. Adrian Frutiger is the mastermind behind the simple yet elegant font with many more styles.

Besides the emblem in the Coast Guard logo, Arial and Helvetica are used in their signatures and other formal documents.

What is the best military font?

The best military font is Poligon, inspired by the military and aviation sectors. It is also used as a military number font. It includes six styles: regular, rough, military stencil font, printed, and rough.

Can Military fonts be used for advertising?

Yes, you can use military fonts for your own businesses. In fact, it can help your businesses stand out because it already gives readers a strong impression.

You can use it as your logo, and branding. It can be printed out or cut out on Cricut.

By now, you have learned what font does the military use and its importance for each military branch. A font is not just a font. For it is a symbol and representation of any organization.

If you want to present professionalism, it’s necessary that your writing always remains constant. Whether up close or at a distance, you’ll have no trouble reading any typefaces the company or organization uses.

Ultimately, you have to choose the best font that fits your business. Military fonts are mostly bold and have striking appearances. It makes them more impactful and can convey a comprehensible message.