How to Wear a Tactical Belt? – The Correct Way 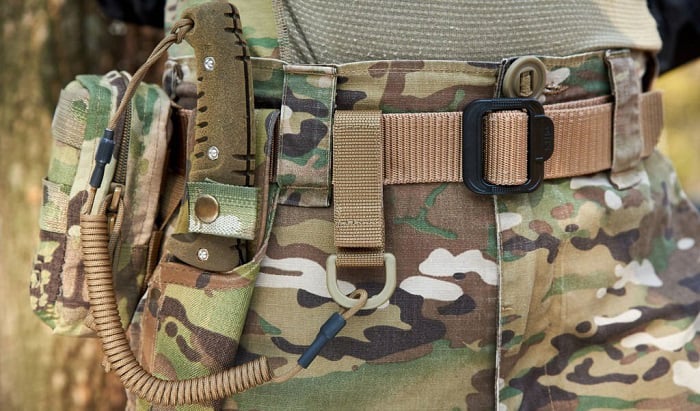 Tactical belts are belts with upgraded functionality. While they help keep your pants in place, they are additionally used to carry numerous gears, such as a radio, a gun, backup ammunition, handcuffs, and more.

Uniformed officers and those working in occupations involving gun handling are commonly seen donning these belts. Because of this association, tactical belts are also referred to as battle belts or police duty belts.

Nowadays, however, tactical belts are worn by a more diverse group of people and for various purposes beyond combat-related ones.

This article will provide you with instructions on how to wear a tactical belt, its different types and brands, as well as answer some FAQ’s on the subject.

Tips to Wear a Tactical Belt 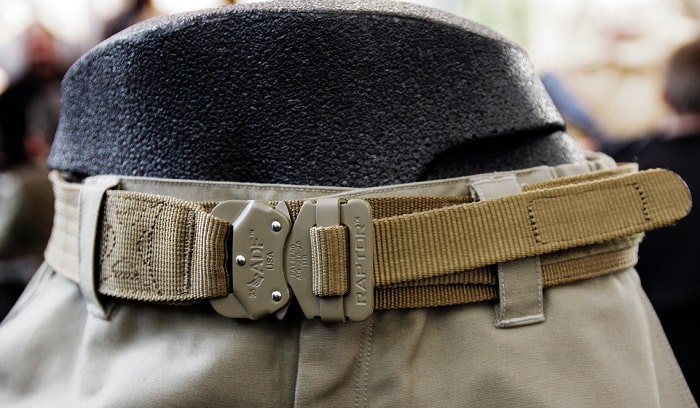 Whether you are a uniformed professional in need of a trusty belt, or simply an outdoorsy person looking for reliable gear, here are some tips to consider when looking to wear a duty belt. 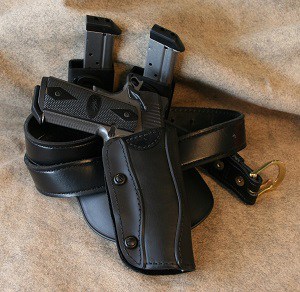 1. A belt that best fits your preference and needs

Of course, your belt choice should weigh on both comfort and functionality. Here are a few options you might want to consider:

Its common styles include the Mexican Loop and the Slim Jim. These belts usually come with a gun holster and, therefore, are usually used as gun-carrying belts.

Unlike the previous belt types, the western gun belt is made of leather and is usually handcrafted.

You can attach a belt buckle to a regular belt if you want to further personalize it.

The rule of thumb is arranging the balance of the accessories you intend to attach to the belt. Make sure defense gear, such as your gun (if any) is placed by your dominant side. For comfort, flat objects such as cuffs are better situated at the back side of the belt.

Step 2: Put on a belt by setting it around the waist. 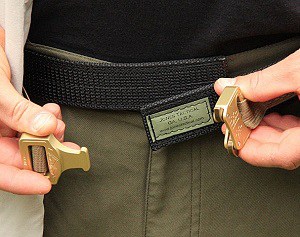 Now, the process of buckling up your belt differs depending on its tactical belt buckle type. Refer to the guide below:

Thread the tip once again through the same hole, but this time, do so from above the buckle. Tighten to your liking by pulling the tip.

These belts usually don’t have holes in them. So, to tighten a belt without holes, simply pull the tip of the belt for a more snug fit.

To properly wear your tactical belt, make sure to test it out in order to gauge its collective weight, the accessibility of the gears and accessories as they are placed around the belt, and, most importantly, its overall comfort level.

The ideal tactical belt fit is a breathable, snug fit that does not weigh down or sag but also gives breathing room to the wearer, especially when in a sitting or squatting position. The belt should not compromise mobility. 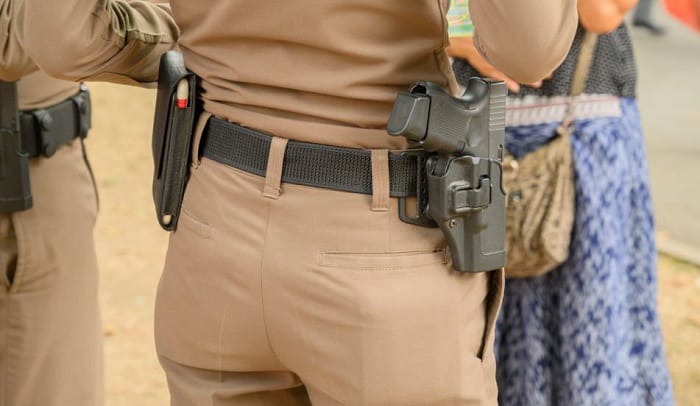 What is a tactical belt?

A tactical belt is a belt with the extended function of carrying additional gear and accessories commonly for combat. Nowadays, however, more people use tactical belts for outdoor outdoor activities, such as hiking and climbing.

What is the purpose of a tactical belt?

For uniformed personnel like those in the military or the police, tactical belts serve the purpose of keeping important gear accessible, especially for those deployed on the field.

For the common person, however, tactical belts can also be used as every day carry or EDC belts, customized to the needs of the individual.

Do belts go left or right?

The belt direction military personnel follow is the left side for males and the right side for females. However, if you simply intend to wear the belt casually, then the best way to wear it would be whatever is most comfortable for you.

Can you wear a tactical belt without loops?

Yes, there are buckle types that don’t involve loops, such as the snap buckle belt, as introduced in the previous section of this article.

Now that you’re familiar with how to wear a tactical belt, aren’t you at all convinced to have one yourself? If you already have a belt of your own, did this article help you use it to its full potential?

Whether you’re looking to use your tactical belt on the job, or simply for every day carry, hopefully this guide got all your belt-related questions covered.

Until the next one!

How to Use a Tactical Pen for Self-Defense? (4 Steps)