How to Use a Tactical Pen for Self-Defense? (4 Steps) 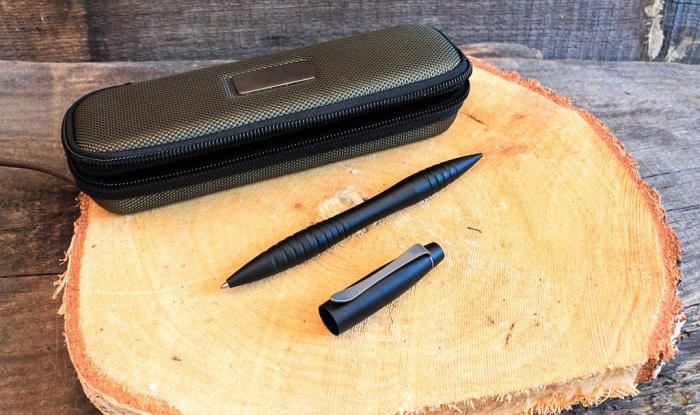 Taking precautions like learning how to use a tactical pen for self-defense could be of great help when an attacker is pursuing you, more so if you barely know a thing about martial arts.

What is a tactical pen and what is it used for? It resembles an ordinary pen but it actually is a multipurpose tool made of high-strength materials that may incapacitate an assailant when used strategically. In this guide, you will learn how to make the most out of tactical pens. 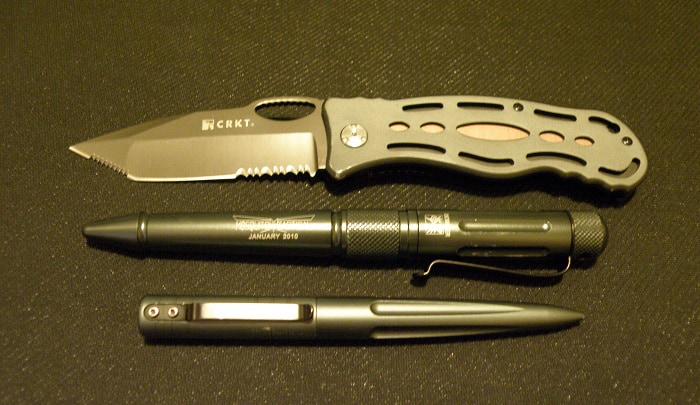 The most important thing to do: Avoid the potential dagger!

You would not have to defend yourself if you manage to avoid dangerous situations. Taking proper precautions and being wary of your surroundings is a must.

Ask someone to accompany you when going out late at night and stay away from suspicious people or dimly-lit areas.

Avoid resorting to violence at all costs. If a settlement can be agreed upon, such as in holdup situations, do so and get help subsequently. The greatest priority is your safety.

Reply to the attackers in a calm manner and avoid insulting them or doing anything in front of them that can get them agitated.

Follow their commands slowly at first. And, you should look for a way to escape or seek potential help by assessing the surroundings, too.

Step 2: Visualize how to go against the attacker

If the situation cannot be handled or settled by the previous step, you may now resort to using your tactical pen.

Check the profile of the assailant while discreetly taking out your tactical pen and take a mental note where damages can be mainly inflicted, for example, exposed body parts.

Identify the weapon of the attacker and its location. Strategize how to avoid getting hit or injured and how to land a blow in order to either incapacitate or disarm the assailant.

Tactical pens are short-ranged weapons that usually do not inflict great damage so you’ll have to be precise where and how you’d attack in order to buy time.

If the attacker has a weapon, try to disarm them first by striking their hand or forearm.

If your life is at stake, aim for the highly vulnerable facial features of the attacker like the eyes, neck, throat, and nose.

Other areas where you may bring maximum damage to are the groin area, ribs, knees, and armpits.

Step 4: Run away as fast as possible and find some help

When the attacker is finally incapacitated, rush off, and after gaining distance, attract bystanders’ attention by crying for help so that the assailant would doubt to strike back.

Inform the proper authorities for them to handle the situation and for them to be aware of such assaults in your area. 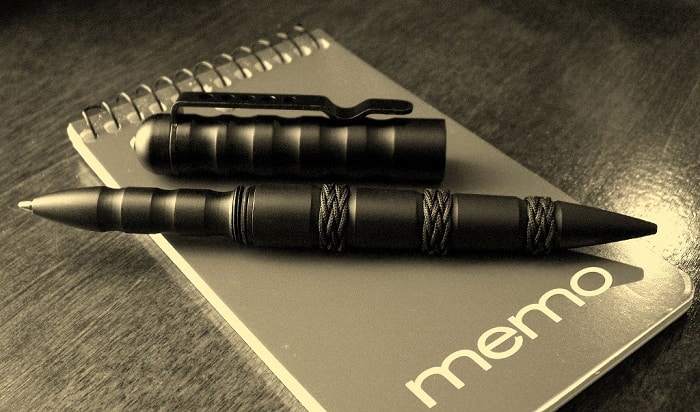 What are the different types of tactical pens?

The tactical pens, also considered a self-defense pen or a combat pen, come with various features such as a tactical pen with knife, and/or with flashlight.

A number of companies manufacture tactical pens with their own features. Some of them are:

It is viable for writing, and self-defense, and may be used for starting a fire for survival. Smith and Wesson tactical pen instructions are elaborated in this instruction sheet.

The Gerber Impromptu differs from other tactical pens with glass breakers such that its glass breaker is placed next to the tip of the pen and not underneath a cap so it functions like a regular click pen.

How Do You Hold a Tactical Pen for Self-defense?

The Reverse Grip or Ice Pick grip is the most efficient way to hold a tactical pen. It is done by securing the tactical pen with its sharp end protruding under your fist and your thumb pressing against the top shaft.

What Are the Target Areas for Tactical Pens?

Target areas for tactical pens are the vital organs or the areas surrounding them. Ideally, the neck, eyes, collarbone, kidneys, liver, and floating ribs.

Can You Use a Tactical Pen for Self-defense?

Yes, you can use it to stab or strike someone in self-defense. In fact, there is a modification of a self-defense martial arts weapon called a Kubotan, which is made of a short stick up to 6 inches long.

With the right consciousness, you can defend yourself from any attacker just by simple movements. Without any proper martial arts training, you can still effectively protect yourself by just swaying your self-defense pens towards your attacker.

Is a Tactical Pen Considered a Weapon?

Yes, it functions as an operational self-defense weapon and it is considered a discrete everyday carry (EDC) even though it is categorized as less-than-lethal.

The legality of carrying tactical pens varies in every country. Discussion about it is quite complicated as to the intent, the subjectivity of the circumstance, the variance of the law, and other factors involved.

Can a Tactical Pen Kill?

Chances are slim, but it could. Even though it is technically a less-than-lethal weapon, if one could precisely identify where the carotid artery is and manage to puncture it with a blow that penetrates the neck, or just accidentally hit it, then, it may cause death as it could prevent blood flow to the brain.

A tactical pen may be a small tool but it can inflict damage when used skillfully. There are various types of tactical pens which you can choose from, with each their own unique features.

Remember, the main purpose of self-defense is to protect yourself from danger by disarming or buying enough time to escape the assailant, and it is not intended to injure the attacker gravely or permanently.

How to Wear a Tactical Belt? – The Correct Way

What Are Tactical Boots? – A Definitive Guide