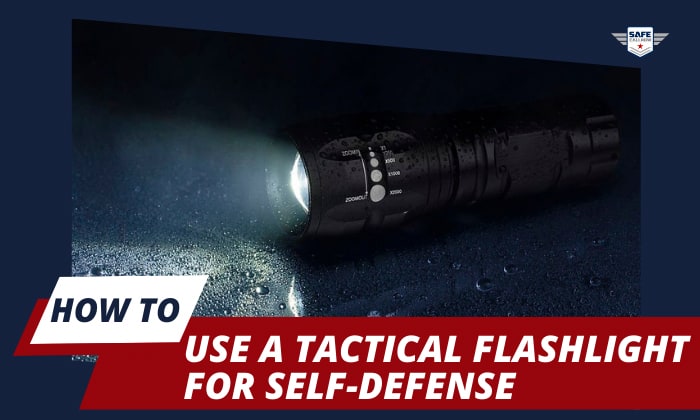 Signal, stun or strike. These are three of the most common ways of using a self defense flashlight in emergency situations that are of life-or-death nature.

The flashlight may seem like such a harmless object, but many of them are designed to protect you from sudden attacks. Read on to see how to use a tactical flashlight for self-defense.

Read to find out more.

Ways to Use a Tactical Flashlight for Self-defense

Using a flashlight as a weapon is not as easy as it sounds. First, choosing a tactical flashlight is a task in itself because there are many things to consider.

Note that we are not talking about the typical household flashlight. Instead, we are referring to the specialized self protection flashlight.

Second, you have to get the right techniques down in order to avoid overturning the situation and instead exposing yourself to more danger.

An output of 300 lumens is enough, but you can purchase blinding flashlights that go as high as 1000 lumens, for a more reliable self-defense instrument.

Professionals, uniformed men, and especially those in the military, use blinding strobe light self defense instruments that go as high as 3000 lumens.

Its flashlight function is usually not as far ranging in lumen output rating compared to dedicated blinding flashlights, but some models come with a 300 lumen output.

Its stun gun component, however, usually has a reliable 1.60 microcoulombs (μC) charge. This much electrical quantity inflicts “intolerable pain.”

3 Ways to Use a Tactical Flashlight to Defend Yourself 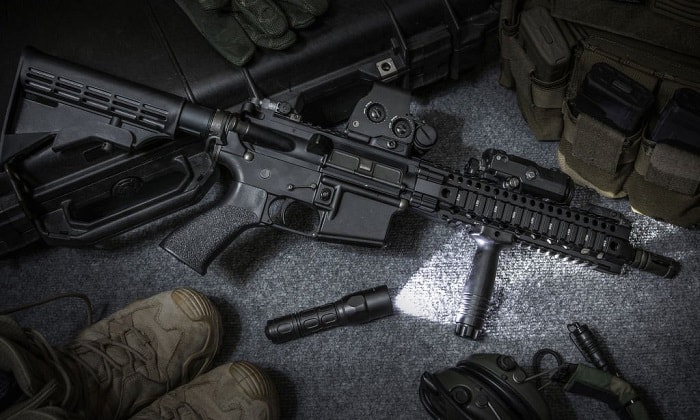 This is the least confrontative method of using a flashlight for protection. By using flashlight signaling method, you can alert authorities around, or at least other civilians who are better able to call for help.

You can use the morse code signal for “SOS” by rapidly flashing your light three times, followed by slow flashing three times. Continue alternating between rapid and slow flashing, three repetitions each.

Using a strobe flashlight is highly recommended for this method since it emits high powered light in fast pulses, making for a very reliable non-confrontational self-defense mechanism.

Professionals recommend to flee immediately as soon as the attacker is stunned or in a temporarily blind state. Never attempt inflicting further injury or fighting the attacker especially when not trained in hand-to-hand combat.

This will only slow you down and waste your opportunity to escape and call for help. 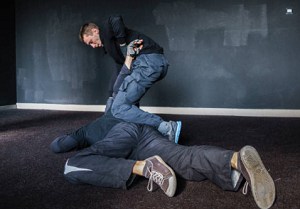 Only consider this method when escaping is no longer an option or if you are trained and capable of close-contact combat. Your tactical flashlight can actually be used as an improvised weapon.

Basically, this is done by using the flashlight to strike the attacker with the flashlight head, in a strong and quick downward motion, similar to how you would work a baton or self-defense stick. Strike bezel flashlights are especially made for this purpose.

Strike bezels are like a rim around the head of the flashlight. It serves the dual purpose of protecting the flashlight’s lens as well as giving it added self-defense capacity.

These bezels are made of solid material and are sometimes manufactured to have sharp edges as an advanced feature.

If you have a stun gun flashlight, this would be the best method to make use of its stun gun functionality since it requires direct contact to administer the electric shock to the attacker.

What Are the General Functions of a Tactical Flashlight? 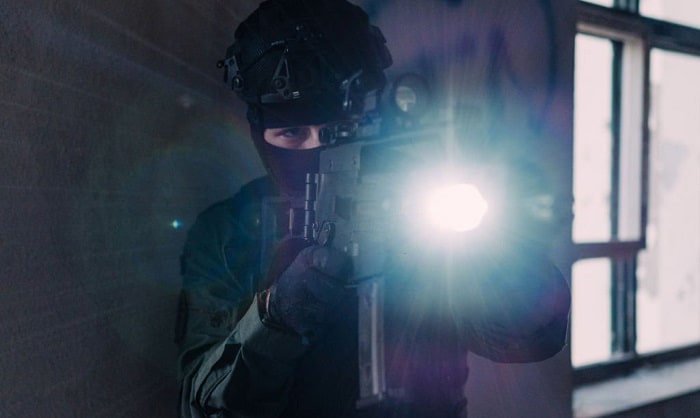 Basically, tactical flashlights serve as a less intimidating option when it comes to self-defense instruments. Its function however isn’t limited to this.

Aside from serving as an everyday carry self-defense item for civilians, it is also used as a weapon lighting tool mounted on a weapon for professionals, as well as a survival gear for hikers and outdoor activity goers.

Here’re some of the functions of the tactical flaslight:

What is a tactical flashlight?

Essentially, a tactical flashlight is a torch with high lumen capacity which makes it function as a specialized self-defense instrument. It is used by both civilians and professionals on the field.

Do you have to shine the torch directly at your attacker to aim?

Is it illegal for ordinary citizens to carry tactical flashlights on the daily?

States have different regulations about civilian’s possession of self-defense weapons. However, generally, there are no hard-imposed laws on tactical flashlight possession.

However, weapon imitations like a flashlight that looks like a gun, are a different story and may be subject to stricter regulations since they pose great potential to be used in intimidation tactics.

If you’re new to all this and are looking for an everyday carry self-defense item that’s not too intimidating and difficult to use, you might want to give tactical flashlights a try.

What is a Tactical Vest? (Types, Purposes & Factors to Consider)