To the layman’s eye they look the same, but in actuality, plate carriers and vests differ in so many aspects. Weight, material, build, and protection capacity are a few of their major differentiating factors.

Both fall under the very wide umbrella of protective equipment. Uniformed personnel, usually those deployed in the field, are commonly seen wearing this body armor.

Expectedly, the two are usually referred to interchangeably. So, to set things straight, here is a plate carrier vs vest comparison guide.

With a long reddit thread hosting the discussion on bulletproof vest vs plate carrier differences, a lot of facts as well as bluffs joined the information mix. So, to sort this out, below is a detailed comparison between the two.

What is a Plate Carrier?

The military plate carrier, indicative in its name, is a vest designed to carry protective ceramic or steel plates. In fact, these are body armor vests with plates. They have carrier slots especially designed to house these armor plates.

With this being said, a plate carrier vest is specifically designed to function in conjunction with ballistic plates. Without them, they are pretty much ordinary tactical vests.

What is a Tactical Vest?

On the other hand, a tactical vest carrier with no ballistic panels also known simply as tactical vests, is also a protective equipment with a more lightweight and flexible build. It is more commonly known for its storage capacity on top of its protective function.

Essentially, both of these gears provide storage capacity and protective functions but to varying degrees.

Plate Carrier Vs. Vest: What Are the Differences 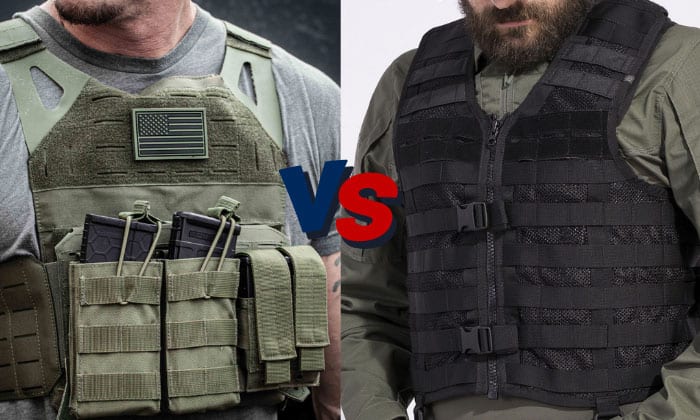 As already laid out in the plate carrier vs soft armor comparison table above. Here’re more details about their differences:

Typically, plate carriers with Kevlar material are the gold standard for strong yet relatively light protective gear. Furthermore, Kevlar plate carriers are made of a synthetic polymer claimed to be stronger than steel.

Ballistic plate inserts come in a variety of sizes and thicknesses. They can go as thin as 6mm and as small as 8×10.” 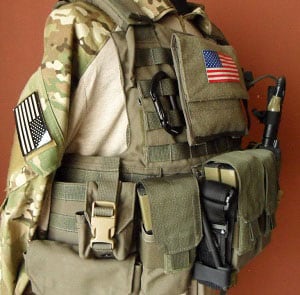 When wearing plate carriers, we are protected against stabs and slashes. Furthermore, this body armor offers a higher level of bullet resistance due to the hard armor inserts and ballistic plates used in conjunction with the plate carrier.

Meanwhile, the tactical vest is also stab and slash-resistant but has minimal protection, especially against bullet impact.

Due to its “slip in” design, heavier equipment weight, and solid exterior, plate carriers offer less comfort and mobility to its wearer.

With the zip-in design and lightweight material, the vest is considered a more comfortable gear. It is more breathable and flexible, offering its wearer better mobility. 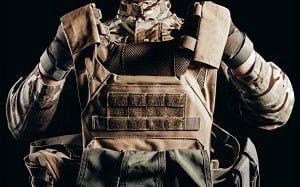 Additionally, they also differ in use and function.

There are various brands of body armor that offer different features, functions, and quality. Of course, they also come with a variety of price tags.

For tactical vests, Yakeda, Tacticon, and Black Hawk are reputable brands with prices ranging from $41 to $150.

For Plate carriers, Shellback, DFNDR, and LBX, Shellback, or Legacy are some of the best brands, with the cheapest unit costing $100 and the high-end ones going up to $300 to $400.

The pros and cons surrounding this tactical vest vs body armor comparability largely depends on the nature of its intended use. These pros and cons are specified below:

Vests boast wearability and good enough protection level, making them the perfect gear for daily use, such as routine patrol duty. Therefore, they are suitable for uniformed professionals and even civilians using them for private protection.

Which is better vest or plate carrier?

However, if moderate protection is enough for your needs, such as Type IIIA protection, and wearability is important, then tactical vests are better.

What is the difference between a plate carrier and body armor?

As the comparison table above shows, plate carriers and body armor differ in weight, material, and protection level. The major differentiating factor between the two is the addition of ballistic plates, which is found in plate carriers but not in ordinary body armor vests.

Can you use a plate carrier as a weight vest?

Protection gear has already entered the fitness scene, with some exercise gurus recommending using plate carriers as weight vests. While plate carriers can be used for weight training, it’s not a very budget-friendly move.

Military-grade equipment is pricey and most of the time issued to uniformed personnel. With that being said, you wouldn’t want to spend extra bucks to get your hands on a plate carrier when weighted vests are available in your local sports outlet.

Why use a chest rig instead of a plate carrier?

If storage is the greater concern over protection, say, you’re only on patrol or on a less combat-threatening nature of duty, then chest rigs may be a better option over plate carriers.

However, most uniformed personnel prefer to use both for their body armor since this isn’t a question of either, but rather, a question of whether.

Both equipments can be used in conjunction with one another, depending on preference and need.

Whether it’s the ballistic vest dayz video game influence that brought you here or if you’re preparing your tactical gear setup, hopefully, this plate carrier vs vest discussion has helped lead you to clarity and answers.

Always remember, when in doubt, assess your needs first and go from there. Don’t hesitate to return to this article for any confusion that may arise as you go along.

Put this knowledge to good use, folks!